Weeds certainly get a bad rap and, believe it or not, some of that bad rap can be undeserved. Many weeds out there, for example, are edible and/or have medicinal properties (and no, not just that weed!). Weeds can also act as a great indicator of the health of your soil, since many weeds will flourish in distressed or diseased soil. Just as a rash or other skin blemish can be a sign of poor health or illness for our bodies, so too can the abundance of weeds be an indicator of our garden’s distress. So, weeds aren’t all bad.

Even so, you probably don’t want them going bat-guano crazy and spreading all over your lawn or garden and in doing so take over your walkways and smothering the flowers and plants that you want in your garden. You definitely want to do some weed clearing, but at the same time you’d rather not use chemical weed poisons, which may harm more than just your weeds, so what do you do?

Below, we’ll talk about some of the ways you can clear weeds organically.

If you cover weeds with organic matter, you can inhibit growth and eventually kill them by inhibiting them of sunlight. In this method, you first spread a layer of cardboard or newspaper over the area. You may want to dampen the newspaper if you live in an area that gets a lot of strong winds. Once you’ve spread your base, you can then cover that cardboard or newspaper with mulch such as straw mulch or you can use living mulch, including oats, clover or legumes. This living mulch can then replace those weeds that you want to clear.

Smothering and mulching is a great weed clearing method to get rid of annual weeds and grasses. However, it’s not going to do much to get rid you of noxious perennial weeds that have deeper root systems. 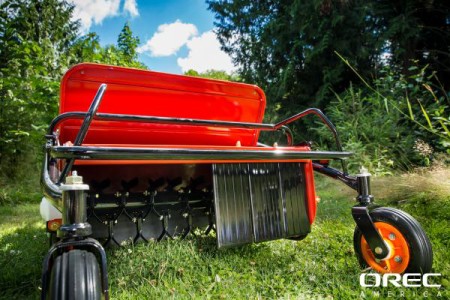 Use Solarization to Burn Those Weeds Right Out of Your Lawn

While you can kill weeds by depriving them of sunlight, you can also kill them by giving them too much sun. In this method, called solarization, you use the sun’s radiation, plus moisture, to heat the soil from 99 to 125 degrees Fahrenheit. By doing so, you not only kill weeds and their seeds, but you also eliminate soil-borne pathogens, including fungi, insects and certain bacteria. Solarization can also quicken the breakup of organic material, giving you a healthier garden that much sooner. A good tip here is to use boiling water (if you’re a canner, then you can put your canning water to great use at this point) to speed up the heating process and clear weeds that much sooner. 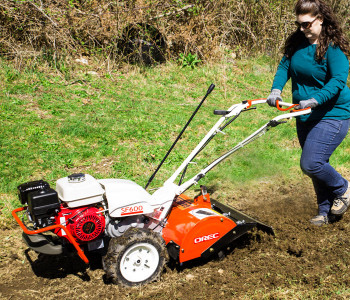 Weed clearing by solarization made easy with Orec’s GardenQuake Tiller!

Which is the Best Method for Weed Clearing?

In conclusion, smothering and solarization are good for weed clearing, and late summer and early fall is a great time to get started on killing those weeds in order to have a vibrant and healthy garden next spring.

A month to a month-and-a-half, should be plenty of time to kill the weeds and their seeds.

As for which method is best for weed clearing? Solarization works especially well in sunny climates that receive plenty of rainfall. However, mulching and smothering is good for larger patches where annual weeds and grasses are most common. Happy weed clearing!